Venezuela’s regional and local elections saw the “arbitrary disqualification” of opposition candidates and “disproportionate” weight of the state, the EU electoral mission said.

The European Union’s election observers released their findings on Venezuela’s regional and local elections on Tuesday, noting that Sunday’s vote was marred with irregularities, including opposition figures being banned from running.

It was the first time the EU had observed an election in Venezuela since 2015. The country’s last election was the presidential contest of 2018, when President Nicolas Maduro was reelected and his victory was not recognized by part of the international community.

Since then, Venezuela has undergone political turmoil, as opposition leader Juan Guaido led an unsuccessful bid to oust Maduro in 2019. More than 50 countries, including Germany and the US, recognized Guaido as the leader of the country and left the Venezuelan regime isolated and facing economic sanctions.

Since then, the Maduro government has sought to win back legitimacy by opening negotiations with the opposition, and inviting election observers from the EU, the United Nations and the US-based Carter Center to witness Sunday’s vote.

Maduro’s ruling party won a landside victory in the elections, in which part of the opposition participated and others, including Guaido, boycotted by arguing the vote would not be fair. 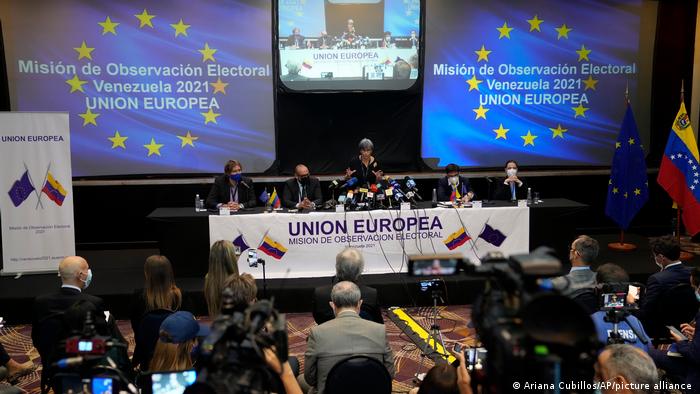 Lack of electoral ‘balance and equality’

The EU’s electoral mission concluded that while there were “better conditions” than in previous elections, the observers noted a “lack of adherence to the rule of law.”

Mission chief Isabel Santos told reporters that “some laws affected the equality of conditions, the balance and the transparency of the elections” and this within the context of a “lack of judicial independence.”

“There have been arbitrary bans on candidates for administrative reasons, there have been suspensions, or the most recognized leaders or members of some parties have been withdrawn,” Santos said.

In addition to the disqualification of opposition candidates, she added that the electoral campaign had been marked by a “widespread use of state resources.”

“The government’s campaign was predominant across the country and had a mobilized base and in certain cases included the participation of public employees,” Santos’ preliminary report highlighted. 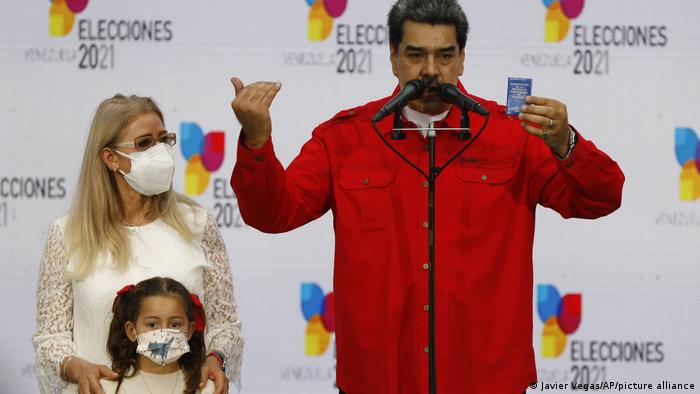 Additionally, EU observers saw a “disproportionate” amount of favorable coverage of the ruling party’s campaign in both state-run and private media channels.

The EU’s assessment is likely to be disregarded by Venezuela’s government. Ahead of the elections, Maduro said that the EU mission had no authority to give a “verdict” on the vote, adding that he expected observers to “strictly respect the regulations of the electoral power that invited them.”

Venezuela, a once-rich oil producer, is undergoing its eighth year of recession and hyperinflation. Three in four Venezuelans live in extreme poverty, according to a recent study, and millions have left the country in recent years.

Only 40% of Venezuelans turned out to vote in Sunday’s elections.

India: Security forces kill civilians after mistaking them for insurgents