“Flamboyant. No other word stands out so much in connection with Freddie Mercury,” writes author Nicola Bardola in the preface to his biography “Mercury in Munich — His Best Years.”

On November 24, 1991, the extraordinary artist died of AIDS-related complications, only a day after he had publicly announced that he had contracted HIV. Until then he had kept silent about his illness, despite all the rumors. Mercury, born Farrokh Bulsara in Zanzibar in 1946, was cagey when it came to his private life and mostly kept a low profile during interviews. He once said that he hated talking to people he didn’t know. 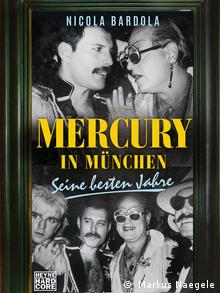 This is one of the reasons why he felt so at home in the Bavarian metropolis of Munich, where he lived for a period between 1979 and 1985. Germanist and author Nicola Bardola has written an extensive biography of Mercury’s time in Munich, quoting the singer at the outset as saying, “I’ve found a place, which is called Munich, where I can actually walk the streets.”

The band Queen had already scored their first number one hit in the U.K. with “Bohemian Rhapsody” in 1975 and were no longer unknown in Germany. Yet, despite the fame, Mercury was left alone in Munich. He found refuge there and experienced an artistic awakening.

“Freddie changed a lot in Munich,” says Bardola in an interview with DW. “He was here for the first time in 1974. That was the very first Queen concert in Germany ever, and he already saw then that Munich was an attractive city.”

Queen “conquers” the US from Germany

Freddie Mercury was attracted to Munich’s vibrant music scene; he and his bandmates Brian May, Roger Taylor and John Deacon were particularly fond of Musicland Studios, founded in the early 1970s by composer and music legend Giorgio Moroder. “The very first song they recorded in Munich was “Crazy Little Thing Called Love,” Bardola says. “That song went to number one on the American charts as the very first Queen song ever. So, in a way, they conquered the US from Munich.” 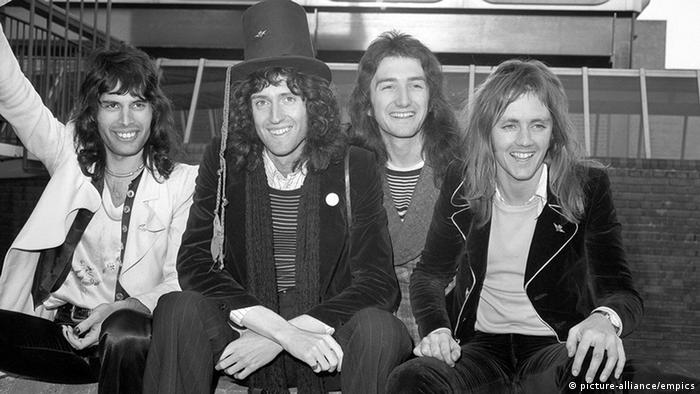 From left to right: Freddie Mercury, Brian May, John Deacon and Roger Taylor at the start of their career in 1974

But it wasn’t just Munich’s music scene that fascinated Mercury. “Freddie also took a great liking to the liberal attitude in Munich regarding homosexuality.” By this time, Mercury was already separated from his girlfriend Mary Austin. He had already confided in her that he was gay, but he had not officially come out. He tested the waters in Munich’s Glockenbachviertel — an internationally known neighborhood among gays and lesbians back then and until now.

“There you could live freely, also move freely, without fear of persecution as in other cities. And there were many gay clubs, discos, bars, which Freddie liked to visit.”

In Munich, Mercury practiced his sexuality freely. He partied hard and had a marriage-like relationship with Munich landlord Winnie Kirchberger, with whom he also explored the local gay scene. The artist also shared a special friendship with the well-endowed actress Barbara Valentin, who was first typecast as a sex symbol but was later cast by filmmaker Rainer Werner Fassbinder in character roles.

Bardola described Valentin as having her finger on the zeitgeist and was Mercury’s “Germany guide.” 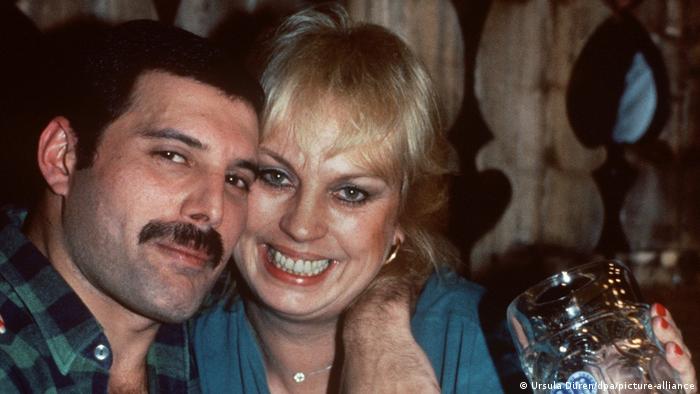 Freddy Mercury had a relationship with Austrian actress Barbara Valentin

“Valentin describes him eating like a little bird. He is said to have referred to the dumplings served with roast pork as ‘f*****g footballs,'” the biographer continues. “On the one hand, he was very reserved when it came to eating — he loved champagne and caviar — but on the other hand, he also did bodybuilding in Munich. He got muscular and strong and that requires a knuckle of pork and a dumpling sometimes.”

In “Mercury in Munich,” Nicola Bardola sheds light on a period in Mercury’s life that has so far not been discussed in detail in biographies about the Queen singer.

In addition, Bardola interviewed contemporary witnesses who have not yet spoken out. This includes, for instance, Wolfgang Simon, the cameraman who shot the Queen videos for “One Vision” and “Living On My Own.”

The latter video was partly shot during Mercury’s 39th birthday party, to which Simon had been invited and which was held at the drag club Old Mrs. Henderson. According to Bardola, witnesses describe the decadent celebration as “the ultimate rock ‘n’ roll party and his [Mercury’s] anticipated farewell to Munich.” For years, the video was banned for “depicting promiscuity.” Today, it seems more like evidence of the times, in which we see Mercury as he possibly wanted to be seen: full of life, “flamboyant” and incomparable.

In 2020, the city of Munich honored the rock icon by naming a street after him, in the “creative quarter” of Neuhausen. Thus, he remains unforgotten even in Munich, where he felt at home for six years.

This article has been translated from German.