When People Refer to ‘Fiscal Space,’ What Does It Mean?

Among the some 1,500 artworks found in Cornelius Gurlitt’s hoard, 14 were proven to have been looted under the Nazis. The last of these has now been sold at auction.

A pencil drawing by Carl Spitzweg auctioned at Christie’s on Wednesday would not normally have garnered much attention. After all, the small-format portrait didn’t break any auction records — even though it reached a far higher price than the auction house’s initial estimate of €1,000-1,500 ($1,300-1,700), ultimately fetching €18,750.

It’s the drawing’s provenance that makes it so provocative: The work was originally owned by Dr. Henri Hinrichsen, a Jewish music publisher and art collector who was murdered in Auschwitz in 1942.

The picture is one of more than 1,500 works from an art trove known as the Cornelius Gurlitt Collection, named after the son of Nazi art dealer Hildebrand Gurlitt.

According to Monika Grütters, Germany’s culture commissioner, the Spitzweg drawing is the last of 14 works from the Gurlitt collection that have been identified as Nazi-looted art.

It depicts a couple playing musical instruments, with an elderly lady listening on a sofa.

The artwork by the German painter and poet was restituted earlier this year and given to Christie’s by the former owner’s heir. The drawing served as a model for an oil painting on cardboard that was executed around 1840 and is now privately owned.

When the existence of the Gurlitt art collection was discovered in 2012 it captured worldwide attention. The revelation came after customs agents became suspicious of the elderly Gurlitt who was found crossing the Swiss border by train with €9,000 ($10,200) in cash. The find prompted an investigation that ended with Gurlitt’s apartment being searched.

What followed was presumably the most spectacular art find of the postwar period. At Gurlitt’s apartment — and later also in a house in Salzburg — investigators discovered more than 1,500 works, including paintings, prints, etchings and engravings, by renowned artists including Claude Monet, Pablo Picasso, Max Liebermann, Max Beckmann and Henri Matisse. The works were subsequently confiscated under suspicion of being Nazi-looted art.

The task of proving provenance

For years, a task force — since 2016, in cooperation with the German Lost Art Foundation (DZK) in Magdeburg — researched the origin of the works.

The results have been sobering: Only 14 works by artists such as Max Liebermann, Henri Matisse, Thomas Couture and Adolph von Menzel have so far been clearly identified as Nazi-looted art. Thirteen of the works have been returned to their rightful owners.

Of the more than 1,500 works, 300 were shown to have been in the possession of the Gurlitt family before the Nazi era. The remaining pieces in the collection were examined for years by an international team of researchers to determine their provenance.

“We did everything feasible. I can’t remember a provenance research case where such intensive work was done,” Gilbert Lupfer, director of the German Lost Art Foundation, told DW in 2020, after the final report was made public.

Mere numbers are of little help here, Lupfer said. Of course, the 14 clearly identified cases — in terms of the entire collection — appear nominal. Nevertheless, “every single case solved is a contribution to what could be called historical justice. I am happy about every piece we were able to identify and return. Yet, there are still a lot of unknowns.”

The rest of the collection now belongs to the Kunstmuseum Bern, to which Cornelius Gurlitt surprisingly left the works in a will drawn up before his death in 2014. 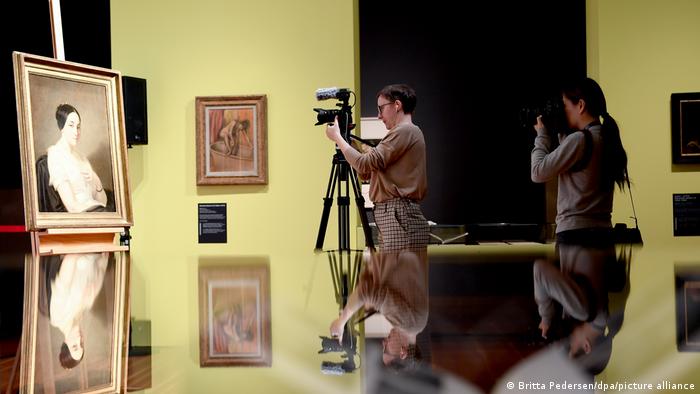 In Germany, much has been invested into provenance research over the past decade, both in terms of personnel and money. The German Lost Art Foundation in Magdeburg, for instance, was founded in 2015.

While the case of the Gurlitt art trove and its 80-year-old custodian were in the public spotlight for months, little public scrutiny has been given to German art museums’ purchases or alleged donations from the World War II period. Why are these works not posted on the internet in order to identify possible expropriated owners?

The story of Cornelius Gurlitt has made history twice over and has been the subject of books, films, and even plays. But questions remain: For instance, why did the art market, which was well aware of the existence of this dubious collection, continue to buy and auction works from the Gurlitt art trove even after the war?

This article has been translated from German.

When People Refer to ‘Fiscal Space,’ What Does It Mean?